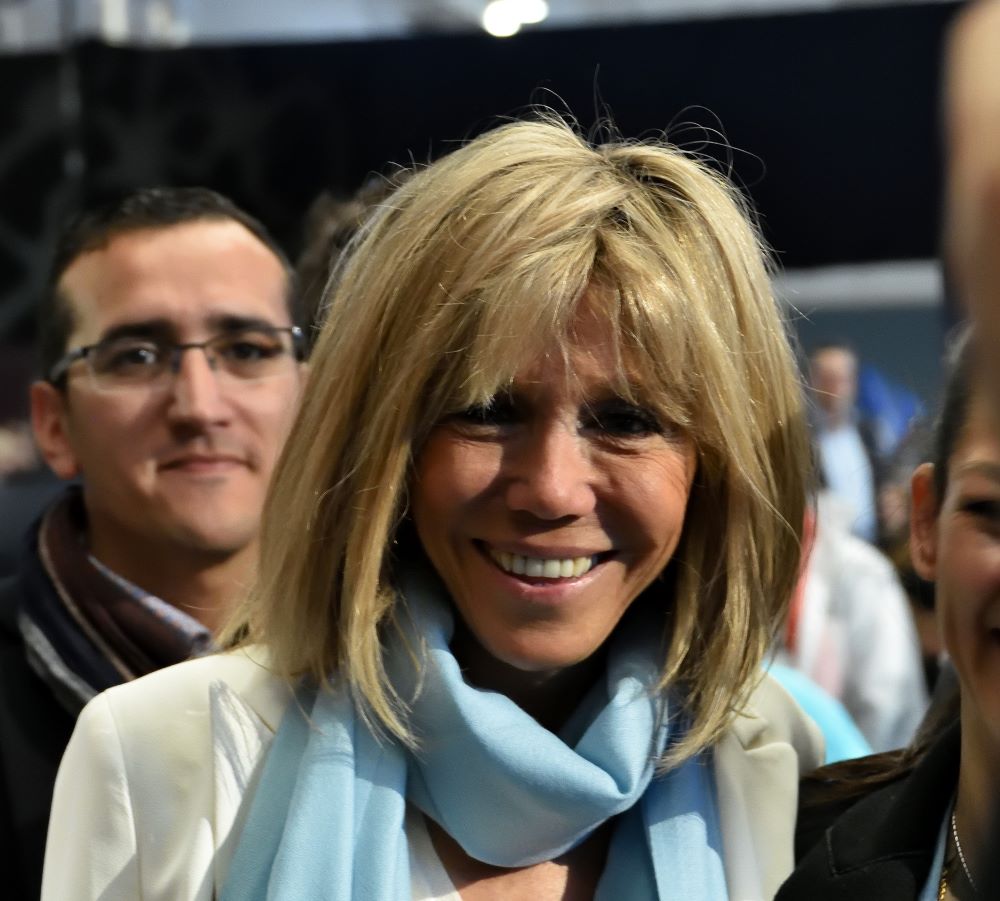 In August of this year Brazilian president, Jair Bolsanaro, made a fool of himself by attacking Brigitte Macron, the first lady of France. Apparently frustrated with Macron’s husband he felt it necessary to say something derogatory about her looks and her age. Throngs of Brazilians apologized for his rudeness. Bolsonaro never has.

First off, Macron is 66 years old. Are you kidding me?! She looks freaking amazing!

Says Los Angeles based clothing brand, Who What Wear, “Every time she steps out we’re watching for inspiration,” adding:

You won’t see anything loose, floaty or floral. Minimalist through and through. Her styles revolve around modern clean lines and body slimming silhouettes. (Who What Wear, June 31, 2018)

She favors all shades of blue and wears a plethora of designers. Dior, Alexandra Vaulthier, Alaia, and her favorite, Louis Vuitton.

Vogue can call her look whatever they want, but low heels? I’ve seen her wear some pretty fierce stilettos.

What are the secrets to her age defying looks? Apparently she insists on eating ten servings of fruits and vegetables per day. And the french are certainly widely known for their portion control. Says dietician Paula Mee, “She’s likely eating lots of salad, lean protein, and fish.” (The Independent, 11/9/2017).

Personal trainer Pat Henry surmises in addition to having good genes she may be doing Pilates and low weight symmetrical exercise- where all the muscle groups are worked out equally. (The Independent, ibid).

<Sigh> Of course she is.

In short, she’s fabulous. And she’s even more popular than her husband pulling in a 67% approval rating in contrast to her husband’s then 43%. (New York Post citing Paris Match, June 15, 2018.)

As for the Brazilian president. He was roundly condemned, and we don’t have time for such buffoonery. But we just couldn’t let that one go.

Written by Shelley Schenk. Reach her at shelley.schenk@myheartbeastsinfrenchcom. If you have enjoyed this essay subscribe to our newsletter in the box below (mobile) or on the right sidebar (desktop). We maintain strict privacy and do not release information to third parties.