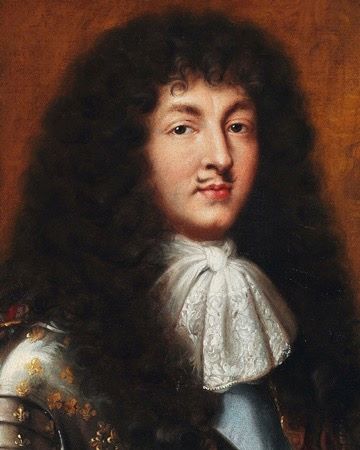 I broke my ankle at Chateau Versailles of all places. A french surgeon had me on the operating table within hours. Definitely not on the itinerary and I put the blame squarely on Louis XIV.

We’re good planners but nothing prepares you for the calamity of a broken bone. From our Air Bnb in the 17th arrondisement we had taken the train to Versailles and were scheduled to return to Paris that same night. We had tickets for dinner and a show at the Moulin Rouge for the following day and were moving onto Reims for a tour of Maison Clicquot later in the week. Heaven.

It was a rainy day in Versailles but we made the most of it. We had a breakfast reservation at Chef Ducasse’s on-site restaurant, Ore, which allowed us to skip the line. The Hall of Mirrors was a marvel. We gaped at Marie Antoinette’s newly renovated bedroom and rambled through the Grand and Petit Trianons. It was gray, gloomy, and still pouring when we made our way out, porcelain souvenir booty stuffed in our bags.

Outside the palace we came upon a set of wet stairs. As soon as my foot hit the top step I went flying. I’d never broken anything but it was immediately apparent my ankle was toast.

A young frenchman approached, frantic, and offered assistance. He headed toward the palace and returned with a bespectacled employee who took charge. She and my husband, Mark, helped me hobble to one of the window wells to get out of the rain. An ambulance arrived within minutes and secured me onto a gurney. I laid back relieved to be off the pavement.

At Andre Mignot Hospital in nearby Chesney a handsome blonde resident gave me the bad news. My ankle was broken in three places. Immediate surgery was required. And I would be laid up for six weeks. Oh no!

The first order of business was to straighten out the fracture. They gave me laughing gas and pulled at my leg. I then met with the anesthesiologist. He gave me two options. Go under completely with general anesthesia or remain awake with a nerve block. Feeling nauseous from the gas I chose the latter.

The attending orthopedic surgeon introduced herself. She and the resident would be performing a procedure that would require several plates and screws. That sounded awful but I felt confident I was in competent hands.

In the OR, the nerve block was administered and a blue tarp placed over the top half of my body so I couldn’t see. I could hear their french chatter as they went to work. I promptly fell asleep. When I awoke a few hours later, I could feel the painless but odd vibrations of the drill as they placed the screws. I only felt discomfort for the last twenty minutes- they had placed a tourniquet on my thigh and it began to feel tight.

Shockingly, they never required that I sign an authorization for treatment. No release, no nothing. And costs are a fraction of what they are here. A follow up a few days later was $55. And they thought they were socking it to us! That consult would have been at least $1000 in the U.S.

I have nothing but good things to say about the french health care system. They focused on my remedy not on my payment plan. I had a private room, attentive nurses, and the surgeons did such a bang up job the fracture lines aren’t even visible. Hospital employees took care of my frazzled husband, sharing their own fish dinner and hooking him up with a cot.

We left for Paris the next day. No easy feat as I was on crutches and our flat was a fourth floor walk up. I navigated it on my backside. Exhausted, we missed the show at the Moulin Rouge. We booked a last minute car to drive us to our next destination, Reims, where I reclined with my leg up. Our place had a fantastic view of the cathedral. Amazingly, Maison Clicquot accommodates wheelchairs and I was able to take the cellar tour.

It was a calamity, without question. But it had its worthy moments. The kind souls who helped us are burned in my memory. The man in the train station who saw us struggling with my crutches and came running. The specialist who did my final cast in a cramped room cluttered with prosthetic feet. Assad, our driver, who couldn’t have been more helpful and regaled us with his take on politics. The surgeons who attended to me with such skill. I saw the best side of France.

I’m sure I’m not the first person to break a limb at the palace. Poor Marie Antoinette was dragged out and led to the scaffold. It could have been worse!

I’m walking now unassisted. We’ll be hitting France again soon- Alsace. We love that gewurtztriminer. As for my fall, I blame Louis XIV. I mean really… they are his steps.

I Risked a Riot for a Rose Macaron

I Worked in a European Pub