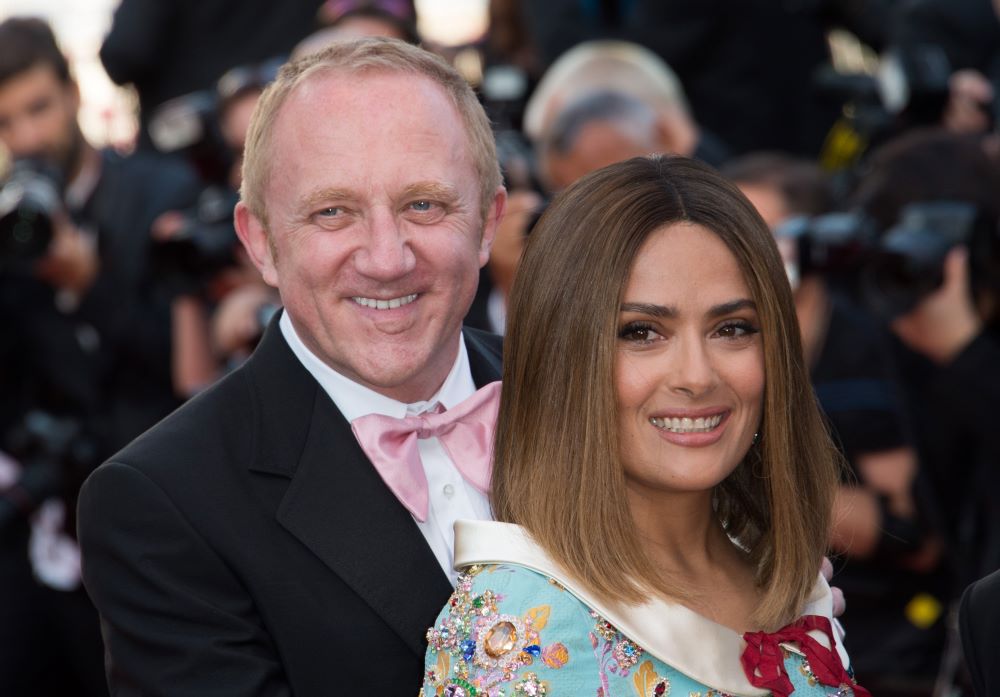 Fashion as we know it was invented by a French king. When Louis XIV came to the throne the fashion capital of the world wasn’t Paris, but Madrid.

He set out to change that. Luxury was Louis’ New Deal and the furniture, textile, clothing and jewelry industries he established made France the world leader in taste. (The Atlantic, 9/1/2015).

In the modern era the luxury goods market is dominated by two conglomerates, both based in Paris.

The second largest fashion conglomerate, Kering, owns fifteen: Gucci, Alexander McQueen, Balenciaga, Stella McCartney, Yves Saint Laurent and a slew of others. It also counts the weekly magazine, Le Point, and the television network, Tf-1, as part of its portfolio.

One benefit of these conglomerates is they provide stability and leave room for error during the ups and downs of a fickle marketplace. If one brand has a fledgling year the profits from the others can offset the blow.

But who are these first families of France who own and control these conglomerates?

The chairman of LVMH is Bernard Arnault (aka The Wolf in the Cashmere Coat). Net worth, $158 billion. Born into the construction business, Arnault pursued wealth in another direction. No stranger to hostile takeovers, he is known as the “godfather of the modern luxury industry.” He invented it. He developed the art of buying artisanal companies and leveraging their strength as a group. In the 1980s while in New York he noted the cabbie couldn’t place Charles de Gaulle but knew the name Dior. (New York Times 11/25/19).

The chairman and CEO of Kering is Francois-Henri Pinault with a net worth of $33 billion. His grandfather began in the timber business. It was Francois-Henri’s father, Francois, who took the company public in 1998 and changed its focus to luxury and fashion.

They both invested in vineyards. Kering owns Chateau Latour and Clos de Tart and others. LMVH has Chateau Cheval Blanc and Chateau d’Yquem.

Both are avid collectors and promoters of contemporary art. And both have won awards for corporate responsibility.

The Kering Foundation was established in 2008 to defend and promote womens rights. In 2015 it launched Women In Motion, along with the Cannes Film Festival, to raise awareness of gender issues in the film industry. It is also a member of the B Team, a pro- environment non-profit started by Richard Branson.

LMVH launched the Louis Vuitton Foundation in 2014 to prevent fires in the rain forest.

So how does one meet and mingle with these first families of France? Marry their friends? Ride on the yachts?

Bernard Arnault is an avid tennis player who volleys often with Roger Federer. Bone up on your serve.

Brigitte, We’ve Got Your Back