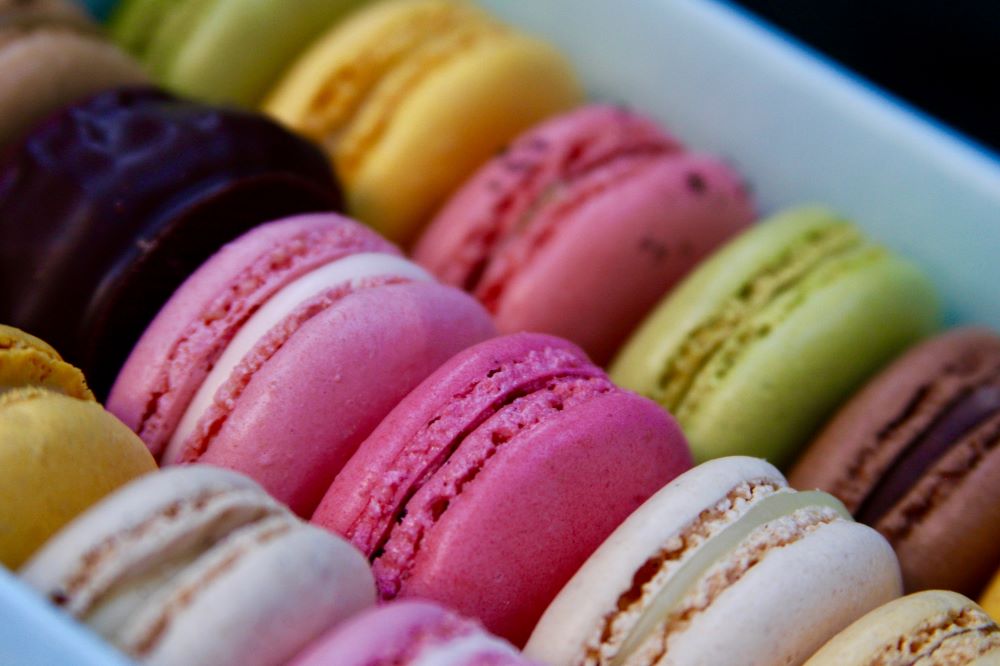 Photo by Melanie Kreutz on Unsplash

It began at the Laduree kiosk at Orly airport. The ubiquitous rose macaron was on my hit list for our Paris vacation. I was naturally drawn to the counter. There sat a gleaming vinyl tote bag displayed for maximum effect under soft, glowing lights. I had to have it, but it seemed absurd to buy a souvenir five minutes after we stepped off the plane. My husband and I left it there and got in a taxi.

We were on a tight schedule and had planned our stroll down the Champs Elysees for Saturday. I would make my move then. While purchasing a box of macarons at the flagship Laduree store, I’d grab the bag. To our dismay the yellow vests, who’d been protesting for over a year, were shutting down the famous street and many of the Metro stops were closed. The Isaac Mizrahi jacket I’d packed happened to be bright yellow. It was late September and chilly outside and I had no choice but to wear it.

We tried to circumvent the closures to hit the Laduree on the iconic Rue Rivoli, but the police had barricaded that street too. In an attempt to salvage the day, we booked a double decker bus tour. They’re touristy, but I’m a firm believer in them. There’s no better way to get the lay of the land, and the perspective from the second level offers a spectacular view of a city’s architecture.

When the bus rolled to a stop at the Arc de Triomphe, we could see the protestors and riot police clearly. To our surprise, the bus driver stopped to let people off. We couldn’t believe it. Stop number nine, riots on the Champs Elysees. But police were allowing people to walk past the barricades. Perhaps the protests were winding down. We got off.

The acrid smell of tear gas stung our noses. All but one of the shops were closed. The yellow vests were singing. An unfamiliar electricity hung in the air. Danger. We passed the Laduree, but the employees shook their heads from behind the doorway. Closed. It made sense to leave and we tried to follow a throng of people down a side street, past a line of police in riot gear.

A policeman, fully decked out with helmet, baton, and shield stepped toward us. We attempted to walk past, but he shoved his shield toward me. He thought I was a yellow vest in my Isaac Mizrahi coat. Our French isn’t that good, so we stood there mute, relying on the policeman to recognize a ridiculous American tourist when he sees one.

We stepped away. Panicking in english, I removed the jacket. It was then he let us pass. We hightailed it out. Later that day, on a quest for Harley Davison poker chips near the Bastille Metro stop, we just missed getting caught up in a climate change protest high jacked by fire setting anti-fascists. Since this trip, France has ignited even further. You’d think we’d avoid it. Nah, we booked again for next year. We adore France. What’s a few riots.

Eventually I got my rose macaron. And the tote bag. We purchased both items at the kiosk at Orly on our way out.

I Worked in a European Pub